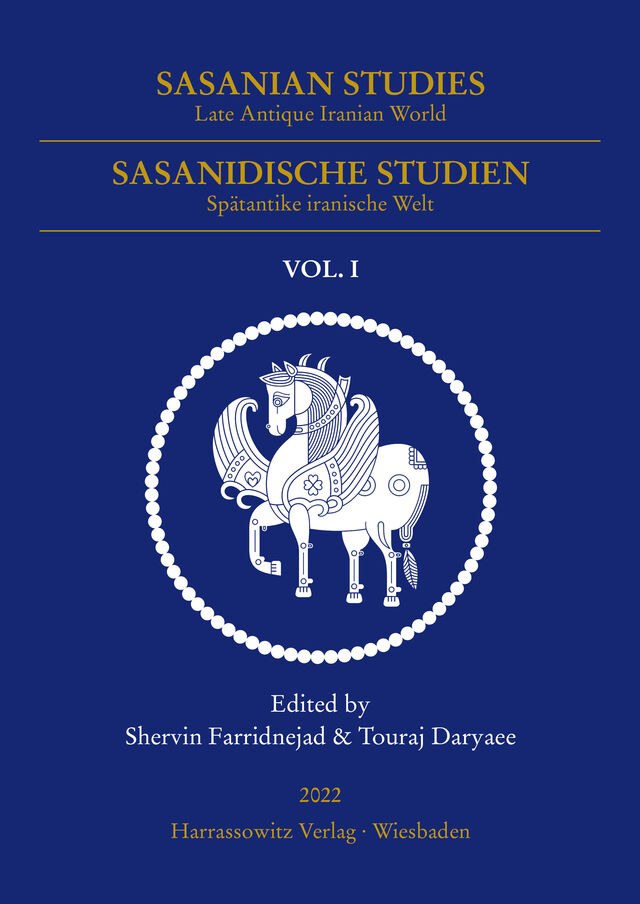 The Sasanian Empire (224-651 ce) has received generally far less scholarly attention within the study of the late antique world. At the beginning of Late Antiquity in the 3rd century ce, The Sasanians in their heyday dominated Western Asia, extending from Mesopotamia to Central Asia and Northern India and controlled the territory from Oxus to Euphrates, including parts of Southeast Asia, Armenia, and – for a short period in the early seventh century – even Egypt and greater Syria, and also made military expansions deep into India and established regular diplomatic relations with China. Together with the Imperium Romanum, the two empires referring to themselves as the ‘Two Eyes of the Earth’ in their diplomatic interactions. However, the amount of research done on the Sasanian Empire is infinitesimal compared to that of Byzantine Empire. Until the twenty first century there were only three or four survey books of the Sasanian World. Positions for this field of study was almost non-existent, and the number of edited and translated Middle Persian texts was in dire need of attention. Archaeology presented hope and has been a more promising, but the political tensions and wars has made Iraq, what is known as the “Heart of Ērānšahr” (Persian del-e īrānšahr), and Afghanistan and Balkh, because of a civil war, has made things difficult and the recent political changes in the region, unfortunately makes this hope even more difficult.

It is only in the twenty first century that more scholars and tomes are being written on the Sasanians, an important period of Iranian, Near Eastern and World history. The reason for this new interest is varied, but clearly the inclusion of the Sasanian Empire within the temporal field of Late Antiquity / Antiquité Tardive / Spätantike, has brought this civilization into dialogue with that of the Romano-Byzantine World and it is becoming clear that in order to understand the larger picture of the field of late antiquity, knowing both empires is a desideratum. The recent finds, both of archaeological, material culture and literary nature has made the field of Sasanian Studies more interesting. For these reasons and others, now a new annual edited volume is dedicated to this large and one of the long-lasting empires of the Near East. We strongly hope that in this way, we can not only better understand the empire of Ērānšahr, but also that of Rome/Byzantium, Central Asia during its own time, but also the foundation of Islamic Civilization. Thus, Sasanian history and its civilization illuminates our understanding of the history of humanity, both synchronically and diachronically in time and space.